Your legacy gifts contribute to making a future where:
​
​ICTG Legacy Donors are exceptional givers who create a legacy gift or establish a substantial new fund to expand ICTG's mission to train congregation leaders to respond well to trauma.

​We invite you to build a better future for congregations and communities by becoming an ICTG Legacy Donor today.
In Loving Memory of Rev. Dr. Don Capps 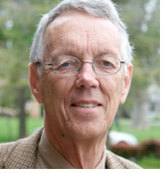 Have you said these words? Perhaps just after a loved one suddenly died.

At ICTG, we've said these words many times. Like when we suddenly lost one of our founding supporters, Rev. Dr. Don Capps. Don died from injuries suffered in a car accident in August 2015. Just two weeks before his death, he emailed Kate to say enthusiastically he planned to continue as a member of the ICTG Board of Advisors. With his family, friends, and colleagues around the country, we were shocked and deeply grieved the sudden loss of a man who inspired loving kindness, careful listening, and concern for people on the margins of community life among so many of us.

Don already had served three years as a founding ICTG Advisor. Through those years, Don's constant mantra was: "There is such a need for ICTG!"

A prolific and adept steward of traditional tools like pens, paper and landlines, many who knew Don were surprised to discover he was such an avid supporter of a mostly online community like ICTG. Behind the scenes, though, Don had caught the vision early. 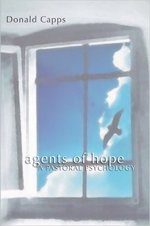 Perhaps that is because Don saw hope as the hallmark of congregational leadership. For Don, hope is the spirit, or fuel, of the ordained or lay minister's mission in caring for souls. Inspired by the works of his older brother Walter Capps, former religious studies professor of UC Santa Barbara and congressman, and renowned psychologist Erik Erikson, Don saw how the actions of hope could value tragedy – its tangible, emotional, and psychological impacts – and value the possibilities that exist beyond those immediate pains at the same time. For Don, this remarkable ability to hold two truths, both loss and potential, characterize the unique gifts the ordained or lay minister have to offer for in times of great sorrow.

Don inspired and championed the mission of ICTG.

In honor of Don, his life's work, and the contributions he made as a founding Advisor at ICTG, we established ICTG Agents of Hope to acknowledge founding and major donors, founding directors and advisors, and exceptional givers who great legacy gifts or establish a substantial new fund to expand ICTG's mission to provide training for congregation leaders responding to severe loss.

See a list of all founding donors and major givers here >